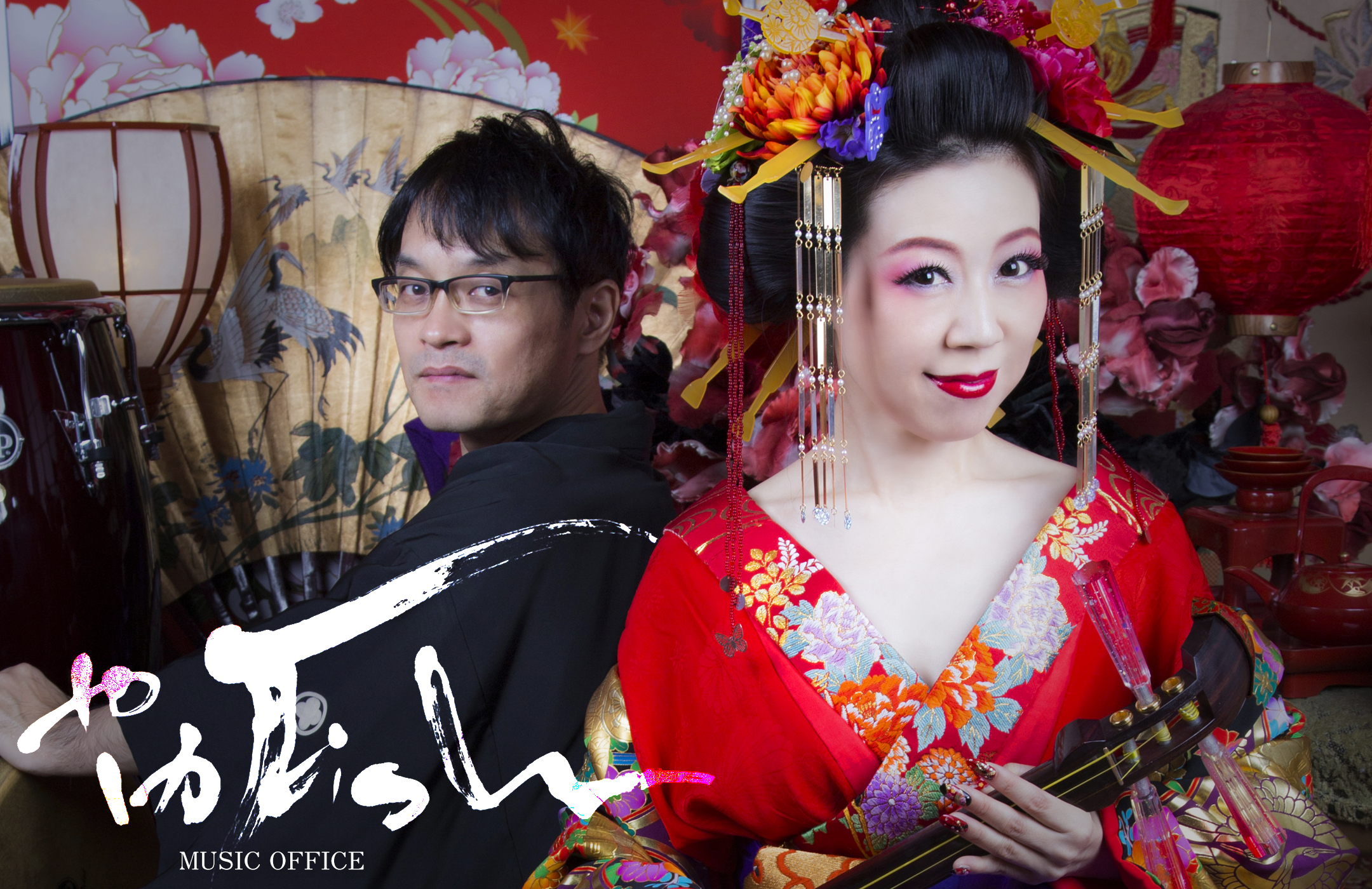 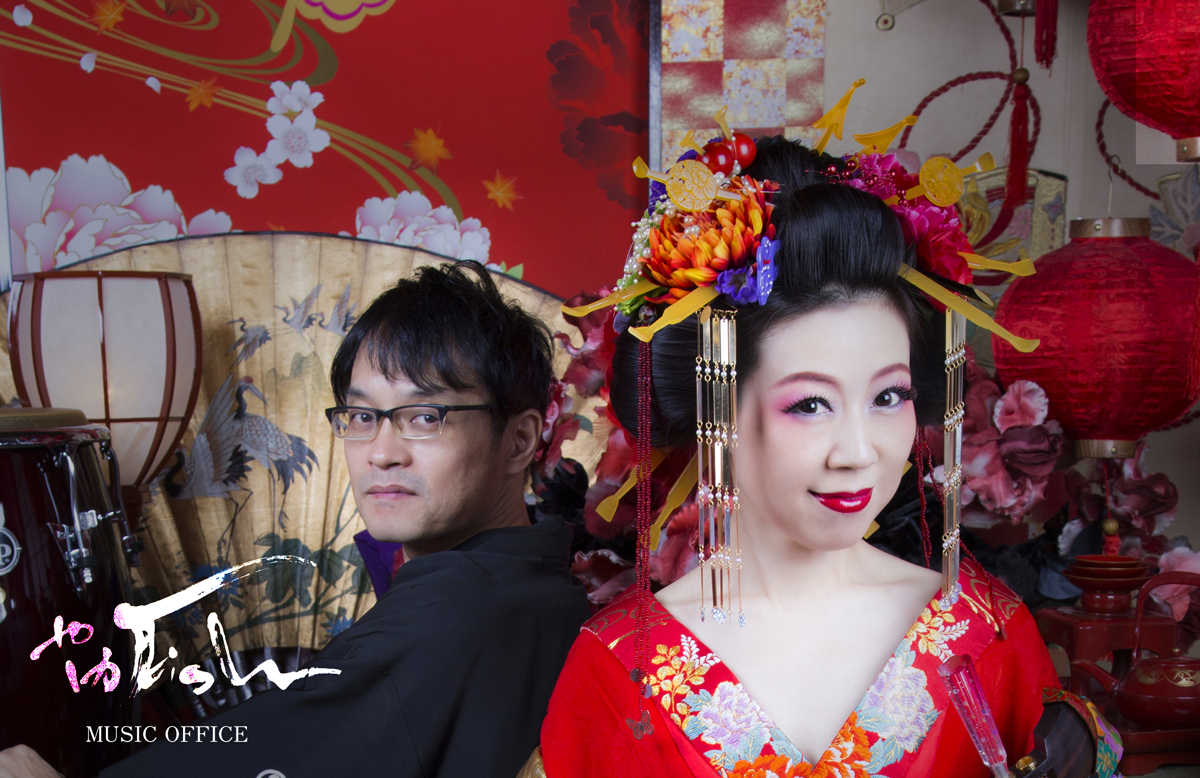 Sounds really unique, doesn't it?
We had started playing some jazz songs with our good fellow musicians in 2000 and we named the quintet "YAYU(*1) & FISH HOUSE(*2)". When we started duo, we didn't take so long to decide our name "YAYU FISH", which we thought more simple and easy. At that time, we would've never imagined that we could continue to sing for such a long term, expand our activity areas so broad. Our music is mashing up of good old Japanese minyo songs(*3) and rhythm of jazz,latin, electric,plus playing Japanese traditional instrument shamisen(*4).
In other words, it's a kind of fusion of Japanese and Western music.Also our stage costume represents our style, too.

Our very first show was held on a small stage in a shopping mall in Nagoya.
Though we had only 5 repertoire of songs, we had to perform for 30 minutes, twice a day. Second one was in a hotel lobby in Nagano Pref, where we were less confident whether we could entertain those hotel guests.After the performance, big applause got rid of all our tension and convinced our style would be appealing to the audience. We still perform at The Saito Hotel twice a year.

Years later, we joined on-board entertainmenmt team of Taiheiyo Ferry, whose passengers both from Japan and overseas. To expand our repertoire we watched the audience's reaction carefully to study what kind of songs could be popular among many people regardless of age or gender. Our first music video was shoot on The ISHIKARI(*5), one of the most popular cruise ships of Taiheiyo Ferry, which is viewed over 10,000 times on YouTube, made our performance widly known.

Meanwhile in Brazil, a local minyo team found our music video and gave us an e-mail:They asked us to visit their town and have our concert! We were so excited to hold our concert overseas, but had never expected what would happen next. Right after we applied for our visa to visit Brazil,the Tohoku earthquake hit Japan. We were so upset, but we tried to do what we can do for Tohoku: we asked for donating to Tohoku after the concert in Brazil. Though we were the first Japanese to hold a concert in the town, many people there had sympathized how we feel. We appreciate their generous contribution to Japan Red Cross and warm applause to us.

After those unforgettable experience,we have started to put our focus on performing overseas.
Mostly minyo songs have very short lyrics with rhythm of 5-7-5(*6), but they express more than you think; inner emotion, passion, feelings of Japanese people. We had been looking for a translator who can understand what those lyrics really mean and put them into English lyrics, and finally we found the one! Team's first challenge "Soran Bushi with English lyrics" was warmly welcomed at concert on 23th April, 2016.

Recently, our activity areas have been expanding a lot; we compose, arrange some minyo songs for brass bands. Our goal is spreading YAYU FISH-style-minyo songs to all over the world as broad as possible. We struggle everyday, but also enjoy it a lot! We believe we can make our dreams come true! Visit our concert and enjoy minyo songs together!